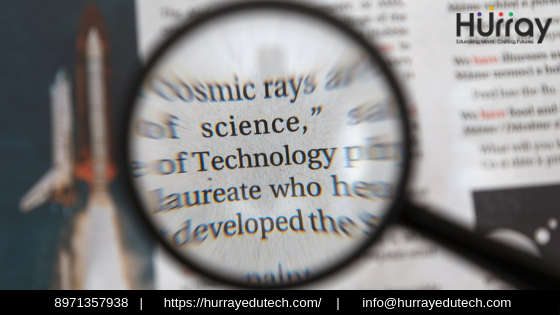 From what we experience in our practice tests at HURRAY, we can clearly infer that most IELTS test-takers struggle with the Match Headings section in the Reading Test. In this post, we have compiled a few guidelines and strategies that you might find helpful while approaching this section.

What is match heading, after all?

• A heading is usually the summary of a text (passage/advertorial, etc.) that provides the gist of the text.
• The test requires you to choose the heading that best sums up the information in a paragraph.
• You will be asked to match each paragraph in the reading text to any of one heading.
• You will be given a total of 5 to 7 headings, and you will have more headings to match information with than the number of passages itself.

Even if it is the second set in the reading section, it would be wise to attempt this question first.

Take a casual look at the list of headings and underline any proper nouns, abstract nouns, action/main verbs, or adjectives.

3. Read for the main idea and form your own heading:

Concentrate on the main idea and try not to be distracted by details or by complex/unfamiliar vocabulary. They may not be a central part in the main idea of the text.

Generally, the clues to one heading lie in the first two sentences or in the last two lines. Scan them well.

5. Pick the one you are most sure of:

In the first go, choose only the headings about which you are very sure.

If you are stuck in the rut of not being able to choose between two headings, write tentative answers for both and go on to the next paragraph. You can anyways come back to these headings question later. In fact, one of these they may even get eliminated automatically later.

Unless you are so asked.

Try to completely understand the meaning of each heading by reading all of them thoroughly. Understanding the main idea of the heading can be made easier by paraphrasing.

2. Look for keywords in headings

Underline any key words in each heading such as names (nouns), places, dates, and adjectives (intelligent, adept, defunct), once you have read them fully. Connecting the correct heading to the appropriate paragraph may become easier with this step.

3. Do not miss out on the finer points of similarities or differences in headings

In this type of question, headings are often very similar or completely opposite. Similarities and differences will become clearer among the headings, once you have picked out keywords. This will make choosing an option clearer.

4. The heading that is most suitable for the paragraph should be chosen.

Choose the heading that most closely matches the paragraph once you have read through them again. Make a note if you are unsure of the difference between multiple headings, and move on. You may be able to cross some heading options out and answers may become clearer once you’ve read all of the paragraphs.

Remember, a heading is the main idea of the paragraph, NOT a specific detail. The same detail in the paragraph such as a matching word may be in the heading, but it may not be the main idea. This can be confusing to candidates.

1. Craft a heading of your own

Read the passage and create a heading that you think could best suit a passage. Let the heading be a summary of the main idea of the paragraph and not just specific information.

2. Read one paragraph at a time

Try spending more time on the first, second and last sentences of a paragraph, trying to identify the main idea. It would not be wise, however, to spend more time on a single paragraph.

Got a query on IELTS Reading Test? Write to us at info@hurrayedutech.com